Chicago, IL – Man Hit By Cook Co Deputy in Vehicle Crash on I-94 at Dundee Rd 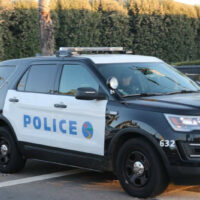 Chicago, IL (December 29, 2022) – A serious accident was reported on Interstate 94 early Sunday morning, December 25, per troopers with the Illinois State Police, and allegedly left one person with serious injuries.

Just after 1:00 a.m., a Cook County Sheriff’s squad car reportedly struck a driver after a separate crash occurred on I-94.

State troopers responded to the first crash on the northbound lanes of I-94 at Dundee Road, according to state police. A driver who was involved in that accident apparently left his vehicle and began walking near where the officer’s squad car was located, state police added.

The squad car, which had its emergency lights activated, was attempting to control traffic when it hit the other driver as it was backing up, state police said.

Officials said that the driver was evaluated at the scene before being taken to a local hospital with serious but non-life-threatening injuries.

No further information about the crash was available, and the victim’s current condition is unclear.

Our thoughts are with the injured victim and his loved ones at this time.

In recent years, pedestrian fatalities in the United States have climbed by around 36%, despite a general decline in fatalities from other types of motor vehicle accidents. Illinois is home to a number of large U.S. cities, including Chicago and Springfield, which both score well in terms of population density and walkability. Pedestrians in these regions have a higher risk of death or severe injury than motorists when navigating the packed sidewalks and roadways.

Cook County has the highest rate of pedestrian fatalities among all Illinois counties. This year has already witnessed at least 120 pedestrian deaths in Cook County, the greatest amount in at least five years.

Victims of a tragic catastrophe may feel powerless in the face of their persistent physical suffering, profound mental distress, and/or significant financial obligations. All too often, these individuals pass away, leaving behind bereaved family members and a pile of medical costs.

If a pedestrian accident results in injury or death, it may be possible to file a claim for damages. After consulting with a Chicago auto accident attorney, you may be entitled to reasonable financial compensation.

The Illinois Wrongful Death Act allows victims of traffic accidents caused by the negligence or recklessness of another motorist to file a claim. After a successful court case, the victim or their family members may get monetary compensation.

In the event that such a catastrophe occurs in Illinois, family members should consult an attorney immediately. If you or a loved one has experienced a preventable injury or death, D&W Law Group will fight for your just recompense.

Our legal company believes that victims’ families should never have to shoulder the financial burden of a negligent driver’s acts. Our professional legal team will assign you a single point of contact who will handle all parts of filing a claim for your accident.

Dial 312-888-8888 to schedule a no-cost first consultation with the D&W Law Group. If you or a loved one were wounded in a Chicago-area pedestrian accident, our legal team will investigate the incident immediately and fight to defend your interests. You must contact us immediately if you want to get the fair treatment and compensation to which you are entitled.

Note: Our team of writers uses secondary sources, including news reports, police accident reports, social media posts, and sometimes eyewitness accounts, to compose these posts. Our firm has not independently verified any of the facts surrounding this particular accident, therefore, if you locate any information that is not correct, please let us know right away. We will correct the post to reflect the most accurate information available. We will remove a post upon request.