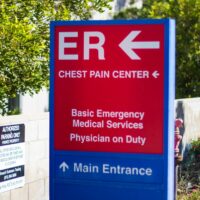 Geneva, IL (May 17, 2022) – A teenage girl died on Tuesday, May 17, following injuries she sustained when she was hit by an eastbound Metra passenger train on the Union Pacific-West line at the Route 25 overpass.

Officers with the Geneva Police Department and Geneva Fire personnel responded to the site of the crash, which took place around 6:30 a.m., and found the 17-year-old girl on the railroad tracks.

EMTs administered first-aid and life-saving measures to the girl, who was unresponsive when authorities located her, but could not revive her.

Metra and Union Pacific Railroad assisted the GPD with the accident investigation, which stopped rail traffic in the area for more than two hours. The incident is still under investigation by all of the above officials, along with the Kane County Coroner’s Office.

Our deepest condolences are extended to the family members of the deceased victim.

Metra, consisting of the Union Pacific Railroad, the BNSF Railway, and a few other railways, is the commuter rail system operating in and around the Chicago metropolitan region. This system serves the city of Chicago as well as the suburbs that surround it.

Unfortunately, between the years 2001 and 2010, there were 156 non-employees who died in accidents involving Metra equipment or track that Metra owned. According to the statistics from that duration of time, an average of 15 persons lost their lives each year. Moreover, 2002 claimed the highest number of fatalities in a single year with 23 deaths, while 2010 saw the second-highest number with 21 deaths. The vast majority of these fatalities happened at grade crossings and on railways where a collision with a train was involved.

As high-speed rail and metro trains continue to gain popularity throughout the nation, it is more important than ever before for lawmakers to place a priority on safety regulations, and it is as important for commuters to be cautious. Despite the fact that fatal railroad accidents are still relatively infrequent in contrast to incidents involving other vehicles, they remain somewhat prevalent in the Chicago area and elsewhere.

The victims of these incidents are susceptible to a wide variety of devasting ramifications, including but not limited to mental anguish, financial hardship, extended recovery from serious injuries, and a reduction in their ability to work or even resume normal day-to-day tasks. In the event that the victim passes away, their loved ones may be forced to contend with the emotional toll of bereavement while also bearing the financial weight of significant medical bills and burial costs.

If you’ve been affected by one of these incidents, it’s imperative that you get in touch with a Chicago train accident lawyer as soon as it is convenient for you to do so. The D&W Law Group is well-versed in the intricate workings of Illinois’s legal system. In addition, we are of the opinion that grieving families should not, under any circumstances, be required to pay for the medical expenses or funeral costs associated with an accident that might have been avoided.

When you get in touch with our skilled and experienced legal team, we will immediately begin compiling the details of your situation and work to file your claim as quickly as we possibly can.

Please call the D&W Law Group at 312-888-8888 to schedule a no-cost, individualized consultation that is tailored to your unique goals and needs. As soon as you are ready, our committed, compassionate wrongful death lawyers in the greater Chicago area will evaluate your legal options, help you arrange the facts surrounding your claim, and assist you in seeking justice for a loved one who has been taken from you.

Note: Our team of writers uses secondary sources including news reports, police accident reports, social media posts, and sometimes, eyewitness accounts to compose these posts. Our firm has not independently verified any of the facts surrounding this particular accident, therefore, if you locate any information that is not correct, please let us know right away. We will correct the post to reflect the most accurate information available. We will remove a post upon request.

Disclaimer: This is not a solicitation for business. The information provided in this post is not intended to be legal advice or medical advice. If you or a loved one is injured in an accident, always seek medical assistance as soon as possible. The photo used in this post was not taken at the described accident scene.