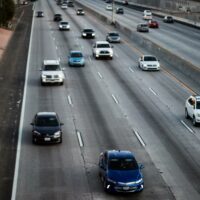 Hampshire, IL (July 31, 2022) – Five children were among the seven total persons killed early Sunday morning, July 31, in a violent head-on collision on I-90 at mile marker 33 in Hampshire, according to the Illinois State Police.

At 2:10 a.m., a car traveling in the wrong direction on westbound I-90 at Anthony Road collided head-on with another vehicle, according to state police. Both automobiles were completely consumed by fire.

State police said that seven individuals were killed, including a woman and five children in the van and another woman in the other vehicle.
ISP said that 22-year-old Jennifer Fernandes of Carpentersville was going eastbound in the westbound lanes when she collided head-on with a vehicle carrying seven people. Officials said that Fernandes was declared deceased at the site of the wreck.

The vehicle that was hit was driven by 32-year-old Thomas Dobosz of Rolling Meadows. He was reportedly evacuated to Loyola University Medical Center with life-threatening injuries. ISP added that Lauren Dobosz, 31, and five children were all killed in the collision. According to authorities, the children comprised two 13-year-old girls, a 7-year-old boy, a 6-year-old boy, and a 5-year-old girl.

Another collision was also triggered by the tragic wrong-way crash. When a semi-truck stopped to allow a medical helicopter to land, a second semi-truck allegedly failed to stop in time and rear-ended it. One of the trailers was split open, and the cargo inside was strewn over the highway. The second collision caused minor injuries to one individual.

The collision briefly closed both sides of the expressway in McHenry County overnight. The westbound lanes at mile marker 33 were blocked for several hours, reopening at about 11:30 a.m., but an investigation remains active.

Our sincere sympathies are extended to the families of the deceased victims. The wounded victim and his family are in our thoughts in the hopes of his complete recovery.

According to the AAA Foundation for Traffic Safety, between 2010 and 2018, 2,921 fatal wrong-way crashes resulted in 3,885 deaths. This equates to an annual average of 430 fatalities. In addition, more than half of these deaths were caused by drivers who were driving the wrong way on the road (53%), a small number were the passengers of these drivers (6%), and around four in ten (41%) were occupants of other cars.

However, when victims sustain injuries due to the reckless actions of others, they and their family members are the ones who ultimately pay for the tragedy, regardless of what caused it. When faced with terrible psychological stress and costly medical expenses, those who have been touched by these momentous events may feel as though they have nowhere else to turn.

If you have been injured in one of these situations, or even if you have lost a loved one as a consequence of one of these accidents, you may have access to a number of legal remedies. You should thus contact a Chicago automobile accident attorney as soon as possible (after receiving proper medical care).

A person who was injured in a car collision in Illinois and thinks that their injuries were caused by another driver’s irresponsible or inattentive driving has the legal right to bring a claim for financial compensation under Illinois law. However, because it may be difficult to get a thorough and equitable monetary judgment from drivers or their insurance companies, it is crucial that accident victims seek the services of competent legal counsel.

Dial 312-888-8888 to get in contact with D&W Law Group and enquire about the potential of arranging a free, no-obligation consultation tailored to your specific requirements. Our Chicago personal injury attorneys are prepared to research the many legal alternatives available to you, help you in organizing the facts of your case, and assist you in securing justice as quickly as feasible.

Because the lawyers at D&W Law Group are well-versed in the intricate workings of the Illinois legal system, we understand what it takes to create a compelling accident claim. In the aftermath of a preventable accident, our competent and sympathetic legal team will spare no effort in their pursuit of the full and reasonable compensation that is rightfully yours.

Note: Our team of writers uses secondary sources, including news reports, police accident reports, social media posts, and sometimes, eyewitness accounts, to compose these posts. Our firm has not independently verified any of the facts surrounding this particular accident, therefore, if you locate any information that is not correct, please let us know right away. We will correct the post to reflect the most accurate information available. We will remove a post upon request.